Two cars stolen off the Long Beach State campus in early October are considered, according to the University Police Department, to indicate the rising issue of crime on campus.

A 1989 Jeep Cherokee and a 2013 Hyundai Elantra were stolen from parking lots G13 and E8 on Oct. 10 and Oct. 13, although there’s no known link between the two crimes according to Detective Sergeant Antonio Maciel.

Car thefts most often occur during the daytime while students are in classes, according to Maciel. There have also been many instances where cars are taken simply for parts or just to joyride to a destination before abandoning the car.

“Cars are very rarely stolen,” Maciel said. “Suspects can act like a student by just putting on a backpack.”

There have been no further updates on this investigation.

These thefts may be indicative of an increase in crime throughout campus as a result of the softened restrictions and increase in face-to-face classes.

The University Police Department publishes its crime rate statistics every year as part of the Clery Act, which requires campuses to publish their Annual Security Report (ASR) for the public. 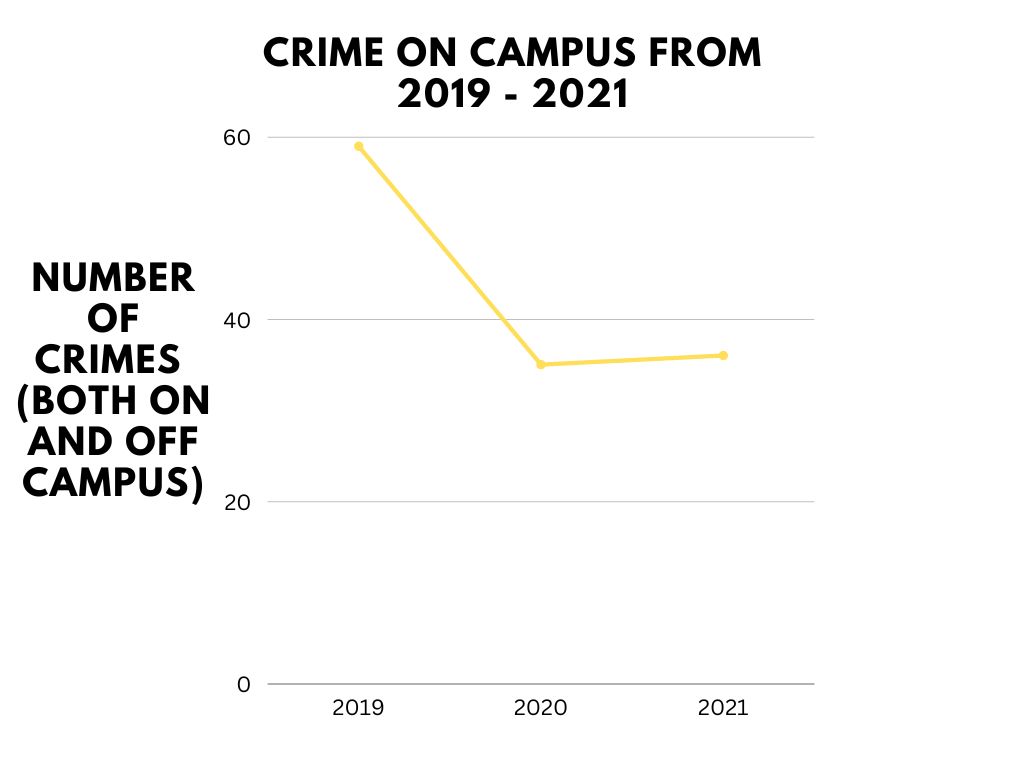 Crime dipped from 2019 through 2021 due to pandemic restrictions such as pre-screening, fewer in-person classes and people generally staying inside.

However, early indications such as the aforementioned car thefts may suggest an increase in crime on campus.

Crime has been on a rise not just on campus but statewide, with violent crimes increasing by 6% from 2020 to 2021. California is also ranked No. 16 nationwide for violent crime in the United States as of 2020, according to the Public Policy Institute of California.

With restrictions on campus easing such as pre-screening no longer being required, masks being optional, and more face-to-face classes being held on campus in general, crime may be heading back to pre-pandemic numbers.

Detective Sergeant Maciel urged students to remain vigilant on campus and not to put any personal belongings in plain view.

“If you leave something like Beats headphones in your car, someone will break that window and take those Beats,” Maciel said. “Be aware of your location and be aware of where you park.”

Maciel advises students not to leave valuables unattended, to keep valuable objects out of plain sight and report any suspicious activity to campus police.